This 1.6 million SF mixed-use development competition proposal incorporates an 186,000 SF urban film and television production facility as its central core to revitalize the west side of the Old Fourth Ward.  The master plan program also includes a 4,000-seat performing arts center, a modern high-tech office building with interactive digital facade, and a mix of residential and student housing components.  With over 200,000 SF of proposed retail and entertainment venues on the site, this mixed-use project will transform the downtown old Civic Center property into a regional tourist destination.

The meandering retail promenades inside the proposed development and along the site perimeters create a dynamic urban environment and enhances pedestrian flows within the 18 acre site and create connectivity to the north into the Renaissance Park’s open green space.

Working in collaboration with HKS Atlanta, Carter and Glenbrook Hills Capital, I was the lead project designer in charge of the project design. 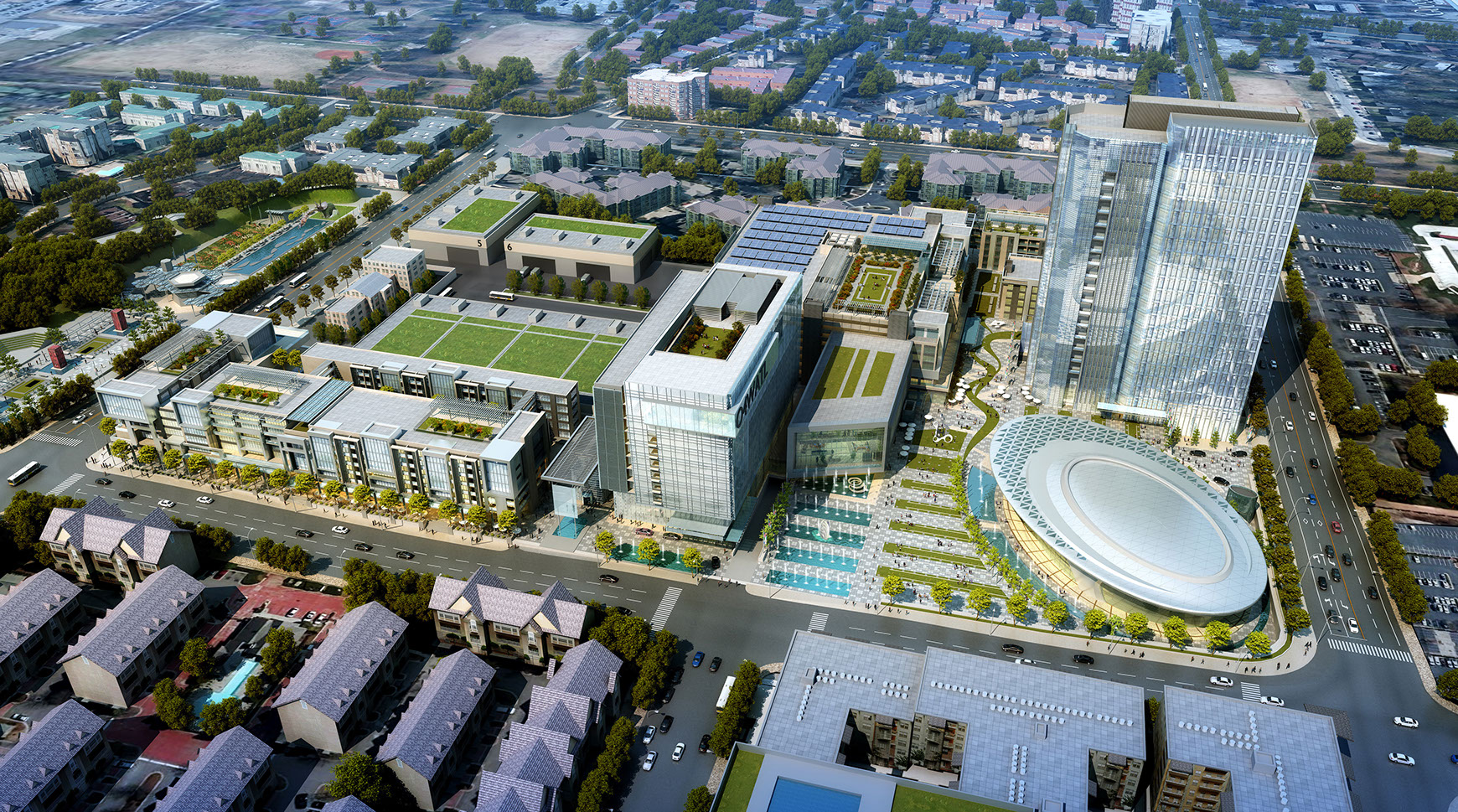